Cheating is an illegal way of doing things on the Internet that are not legitimately possible.

The rest of this page will be the list of known hackers. Hackers are people who want to have fun by making it a little bit interesting for them. Remember, don't friend hackers, they might do a band hack, in other words they might ban you from the game for no reason. Stay safe Heroes! 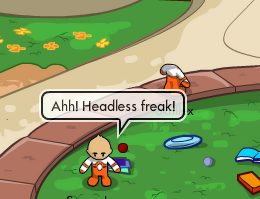 Skrillex (also known as "The Headless Freak") is a well-known hacker. He hacked his model's head off, and he Ceated his house to be nothing. He is now banned from Little Space Heroes.

Retrieved from "https://littlespaceheroes.fandom.com/wiki/Hacking?oldid=6112"
Community content is available under CC-BY-SA unless otherwise noted.