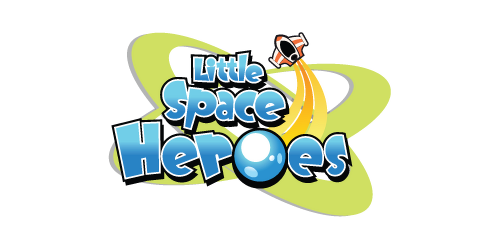 Little Space Heroes is a Virtual Universe for kids and families. It’s an interactive, multi-player, fun online game in which kids create their own hero and explore a galaxy full of fun and adventure! It is developed by Bubble Gum Interactive, a company in Australia.

In the game, players create a Space Hero and join the Space Heroes Academy. They complete basic training and learn how to use their Bubble Blasters, Jetpack and Starjet. The villain of the game is Lord Shadowbot, a dastardly robot with a fear of the dark. On arriving in the Heroes galaxy twenty years earlier, he stole away the Glows, a mysterious race of creatures known to give off huge amounts of light and energy. Players must search the galaxy for clues left behind and seek out the missing Glows.

The game is non-linear but does feature quests and missions. Players can earn badges and receive awards for completing various tasks and quests. A major aspect of the game is social play whereby players can interact in social environments or team-based play.

Retrieved from "https://littlespaceheroes.fandom.com/wiki/Little_Space_Heroes?oldid=6114"
Community content is available under CC-BY-SA unless otherwise noted.