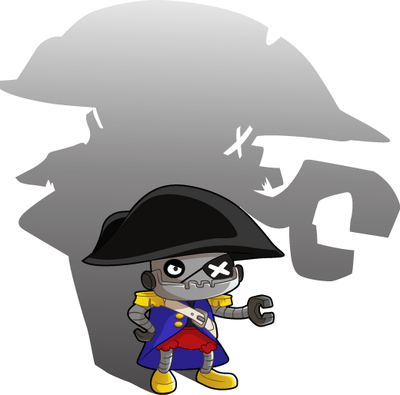 Lord Shadowbot is a villainous space-pirate who wants to capture the Glows for his own evil deeds.

Rumors have it that soon he will be a Moderator-Played Character, similar to Club Penguin.

Retrieved from "https://littlespaceheroes.fandom.com/wiki/Lord_Shadowbot?oldid=6086"
Community content is available under CC-BY-SA unless otherwise noted.